History, Origin, What the Name Means, the Officials, and the Synagogue Services

Mark 1:21 says Jesus entered “into the synagogue,” using “synagogue” as the place of meeting itself. In contrast, Acts 13:43 is a good example of “synagogue” referring to the people. (NIV: “congregation”). It literally reads, “Now when the synagogue was broken up….” Interestingly, “synagogue” was sometimes used of a gathering of people for evil or hostile intentions. Psalm 21:17 in the Septuagint (which is 22:16 in our English Bibles), uses “synagogue” in that sense, as does Revelation 2:9 and 3:9.

Origins of the Synagogue

The origins of synagogue buildings and the worship associated with them are obscure. It seems clear that synagogue buildings and meeting places started during the Babylonian exile. For one thing, the Jews who were carried away from Israel were not allowed to return, and for another, because Nebuchadnezzar had burned the Temple to the ground, so there was no way to continue Temple worship. For more than two generations between the burning of Solomon’s Temple (2 Kings 25:9) and Zerubbabel’s rebuilding it during the Persian rule (Ezra 1:2; 3:11; 6:14, 15), there was no way to obey the priestly and sacrificial regulations of the Torah, so devout Jews began to get together to pray, worship, and study the Law.

One reason the origin of synagogue buildings is obscure is because God had commanded that the Jews not worship wherever they wanted, but only where God would put His Name (Deut. 12:1-14). Originally that was wherever the Tabernacle was, but eventually David moved the Ark of the Covenant to Jerusalem and built a tent for it (1 Chron. 15:1; 16:1). When Solomon built the Temple in Jerusalem, God said His name would be there forever (2 Chron. 7:16). Therefore, building a place to worship God other than the Temple itself would have seemed like a breach of the Law (and therefore it would have taken many years to become acceptable.) Nevertheless, by the time of Christ, it was the synagogue, not the Temple, that was the central institution for Jewish worship. This makes sense because even the Jews living in Israel would only go to Jerusalem three times a year (and most went only one time), but they went to their synagogue every Sabbath.

By the time of Christ, there were synagogues all over Israel and in many cities of the Roman world, something that greatly helped the spread of Christianity. Paul is mentioned as going into synagogues in Damascus (Acts 9:2); Salamis (Acts 13:5); Antioch in Pisidia (Acts 13:14); Iconium (Acts 14:1); Thessalonica (Acts 17:1); Berea (Acts 17:10); Athens (Acts 17:17); Corinth (Acts 18:4); and Ephesus (Acts 18:19; 19:8). The widespread use of the synagogue also provided for the continuance of the Jewish religion after the Romans burned Jerusalem and the Temple in 70 A.D.

There apparently were no set rules about how or where to build a synagogue, although there are Jewish sources that indicate that there had to be at least 10 Jewish men who would participate. Later, when the Talmud was written, one of the requirements was that it should be on the highest point of town. Obviously, as the Jews spread into the Roman world they were in no position to dictate where they would be allowed to build a building. We can get a better grasp of the construction of a synagogue if we think of what a Christian Church is like. What does it look like, and of what is it built? Churches differ according to where they are built, how wealthy a Church is, how strictly traditional the people want to be, etc. The same is true for synagogues. While there are some things, such as the presence of the ark where the scrolls were kept, that are quite standard, many things varied from place to place. The local Jews were greatly affected by the culture they lived in, and synagogues reflected that, some being more Roman, or more Greek, etc.

There are no clear records of the style of the architecture of synagogues before the second century A.D. It seems likely that the oldest synagogues both in Israel and abroad seem to be houses or to have developed out of houses, and this may be true in Palestine in New Testament days, for in Mark 6:3 and Luke 13:10-17, the women do not seem to sit in galleries, as they probably do in the basilica-type synagogues of later times. Thus the early synagogues were like early Christian churches, they were house churches, only later becoming formal buildings.

Generally, the front of the synagogue faced Jerusalem. The inside seating arrangement is not completely clear. Some synagogues had benches parallel to the walls with an open area in the middle where people could sit. In any case, the majority of the congregation faced east toward the front of the building and Jerusalem. Records and remains from synagogues from the second century and later are available to help us understand the pattern of a typical synagogue. The older Galilean buildings have three naves made by double rows of pillars, galleries (with access from outside) over the side naves, windows at the front and along the side walls, stone seats in ranks along the side walls (sometimes also the back), and a stone floor.

Scholars debate whether or not the women were separated from the men and had their own gallery. Some historical records indicate, but do not specifically state, that there was one, while other records do not indicate the existence of such a gallery. It is very likely that in early synagogues the women were not separated, but later they were.

At the front of the synagogue, close to the front wall near the entrance (and sometimes in a niche or nave in the wall), was a movable ark in which the scrolls of the Law and the Prophets were kept. In front of the ark (toward the back of the synagogue) and facing the people were the “chief seats” (Matt. 23:6; Mark 12:39; Luke 20:46). The important officials of the synagogue and the most learned men sat in the chief seats. Apparently some synagogues had a very ornate special seat called “Moses’ seat” that would be in front with the chief seats, but very close to the ark containing the scrolls. The most prominent elder would sit in that seat. Jesus may have referred to it in his teaching (Matt. 23:2), however, the grammar of the verse indicates that he was referring in more general terms to the chief seats and the authority that those who sat in them wielded. In front of the chief seats was a lectern from which reading and teaching could be done. The person at the lectern had his back toward the chief seats and faced the audience. Sometimes the seats and lectern were on a raised platform. Then, in front of the lectern, facing it, were the people.

It was common to decorate the synagogue with various motifs and carvings, and typical decorations include the menorah, the seven-branched lamp stand, the pot of manna, sheep, grapevines and pomegranates as well as other fruits and vegetables, flowers, etc. Sometimes there were epigraphical inscriptions, often quotations from Scripture, and often in uncial script Greek.

The Officials of the Synagogue

Another officer was the sheliach tzibbur, the Delegate of the Assembly. The Hebrew word sheliach means “legate” or “delegate,” and comes from the Hebrew root shalach, “to send.” Thus it is easy to see how sheliach came over into Greek as aggelos, “a messenger” (pronounced “angelos,” and translated “angel” when the messenger was a spirit, but “messenger” when it referred to a human, cp. Luke 7:24). The Hebrew word tzibbur means “assembly.” The sheliach tzibbur was a man of good character who the ruler of the synagogue would ask to read the Scriptures, and he was also expected to read the prayers. Because he was the mouthpiece of the congregation, when Jesus Christ wrote to the Jews who will get together after the Rapture, he wrote to the “angel,” who will then read the letter to the congregation, which should have been translated “messenger” for clarity’s sake (Rev. 2:1, 8, 12, 18; 3:1, 7, 14).

Each synagogue had elders who were the officials that formed a kind of local tribunal, whose authority would be dictated in large part by local laws. In purely Jewish communities, they had a lot of power, while in Greco-Roman and other communities their actual power to punish was limited. That would explain why the Jews brought Paul to the proconsul Gallio instead of beating him themselves (Acts 18:12-16). They most certainly had the power to excommunicate someone from their congregation (John 9:22; 12:42; 16:2).

Another position in the synagogue, found in the New Testament (Luke 4:20) and in the Talmud, is the “Servant” (Greek: huperetes) of the synagogue. He cleaned the synagogue, attended the lamps, and did other necessary jobs, including meting out corporal punishment and beatings (Matt. 10:17; 23:34; Mark 13:9; Acts 22:19). Other positions included the interpreter, who would translate the Hebrew of the Law into the local Aramaic, and people who were in charge of collecting alms for the poor. This was very important, because although the Temple in Jerusalem was supported by tithes and offerings proscribed by the Law, the synagogue was run on freewill offerings. Some of the offices of the synagogue were not permanent, but were chosen weekly or on an as needed basis.

One of the important differences between the synagogue service and the Temple service was that there was no “birth right” associated with the official positions of the synagogue. The distinction between the “officials” (clergy), and the “people” was only one of education and willingness to serve. The strict distinction between the priests and Levites, and the ordinary people that existed in the Temple, did not apply, thus opening the door for anyone who had a heart to serve God to be able to do so. Thus the “rabbi,” the teacher, became the leading man in the synagogue.

According to the Talmud, at least 10 people had to be present for a regular worship service, which took place on the Sabbath, although there were services on other holy days as well. Also, because the synagogue was often used as a school or general gathering place, commonly there were activities almost every day of the week.

Like Christian Church services, the Sabbath synagogue service had a general order, which was more strictly held to than a Christian service might be, but that nevertheless might vary somewhat. It started with the recitation of the Shema from Deuteronomy 6:4-9, that God is One God, accompanied by blessings that were spoken in connection with those passages. Then formal and written prayers were read, including “The Prayer,” which was actually one of 18 prayers read in a cycle, always followed by the people saying “Amen.” Then there was a reading from the Law and the Prophets (Acts 13:15). The Law was divided up into 154 pericopes (specific selections), which assured that the whole Law would be read every 3 years. After the reading, there was a sermon. The Ruler could ask someone to give the sermon, or a person who wanted to teach could ask him. It seems at that point the Ruler could recognize people to further contribute, comment, share or teach. The service concluded with a benediction.

Other Uses of the Synagogue

The synagogues were not only used for worship services, they were often used for schools, places of assembly, and libraries. The synagogue would often be used as a kind of town hall where community discussions and public meetings were held, where announcements could be made, and oaths could be formally sworn. Considering that the most educated Jews would usually live quite close to the synagogue, it made perfect sense to hold school services there. 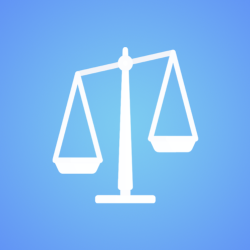 Latest posts by TorT (see all)

This site uses Akismet to reduce spam. Learn how your comment data is processed.